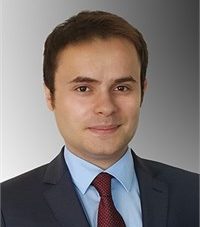 It was aimed to prepare chromium-based catalysts with high activity and selectivity for isobutane dehydrogenation. Monochromate amount in the structure of chromium-based catalysts was identified as the main factor affecting the activity and selectivity. For this reason, it was attempted to determine the catalyst preparation conditions required to obtain high amount of monochromate form.

The impregnation method was used in catalyst preparation studies. The effects of mixing time, chromium content, calcium addition and calcination conditions on the structure and activity of the prepared catalysts were investigated. Physisorption, XPS, DR-UV-vis, XRD analyzes were used in the characterization studies of the synthesized catalysts. The catalysts were placed in a quartz tube and catalytic tests were carried out under fixed bed reactor conditions. The isobutane dehydrogenation reaction was carried out at 600°C and at atmospheric pressure for two hours. Samples from the reactor outlet were analyzed by gas chromatography.